on July 24, 2016
Sunday morning and I set off to dump my bags at Kowloon Station in order that I could spend the rest of the day unencumbered by them. I had planned to meet Matthew and his father around 12:30 and sure enough, bang on time they were at the front door of the hotel. We started to get to know each other on the trip out to Tai Mo Shan, HK's highest point but one that was shrouded in cloud so we weren't all that confident of what we'd be able to do. I had to be at the Airport in four hours so we decided to go for it and as we reached the car park, it was clear that it wasn't as bad as feared. It was certainly a little cooler up here and there were lots of hikers, joggers and walkers. Matt immediately picked up on Streak-breasted Scimitar Babbler a that was singing in a nearby bush which eventually gave itself up. Brown-flanked Bush Warblers were singing all the way up with a few tantalising views of a rather dull-looking bird.

Birding in the afternoon is never all that productive. Add that to it being hot, mid July and in heavily vegetated areas, birding was going to be challenging and indeed we heard a lot more than we saw - Lesser Shortwing for example had a lovely loud song but is your typical skulker. 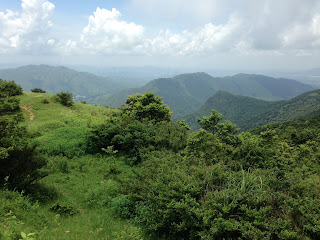 We reached the 'birding area' - an area of upland grassland with disused buildings and fences. Almost immediately we heard a Chinese Grassbird close by - Matt's target bird. However, like most things, it skulked away and never gave a view of what is a very difficult species to get. A few Richard's Pipits called overhead - weird but a few do remain to breed.

Matt's dad suddenly picked up a call of a Chinese Francolin - something that we talked about on the way up in that it was a morning bird. We crept forward slowly and then there it was, sat on a rock calling its head off. We spent the next ten minutes appreciating it and gradually getting nearer to such an extent that it was the Kwan's closest encounter ever!
We then searched in vain for more Grassbirds and heard some Vineous Parrotbills. I picked up another skulking warbler in a nearby bush that turned out to be a juvenile Russet Bush Warbler - another very good find. A showy Long-tailed Shrike completed the list as the Chinese Hwamai and Mountain Tailorbirds were just not for showing!


We did plan a brief stop somewhere else but traffic was stopped so we headed to the airport where we said our goodbyes with great thanks for a splendid afternoon searching out birds in unfamiliar surroundings. Must do it again sometime! 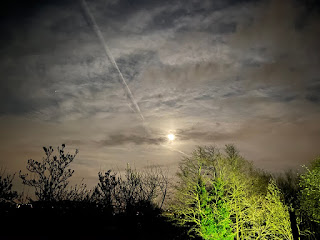 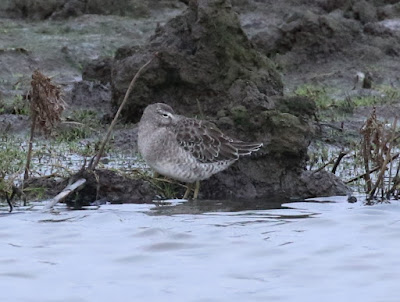 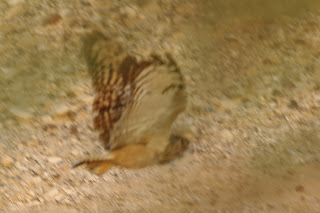